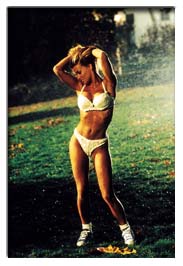 Navarro will be the second man the busty blond has married, previously she was hitched to cross-dressing basketball player DENNIS RODMAN for five months, which ended in 1999. (ES/WNWE