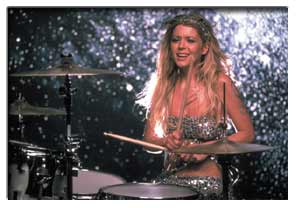 JOSIE and THE PUSSYCATS (2001) star TARA REID is worrying pals after losing pounds and pounds following her split from MTV presenter CARSON DALY.

The 25-year-old actress split from Daly last month (JUN01) and has reportedly shed more than 10 pounds (4. 536 kg) since the break- up, making her look thin and drawn. One pal says,

"Tara's been in a mess since she broke off her engagement to Carson. It has really devastated her. She tearfully told one pal that her romance with him was a dream come true that turned into a nightmare. " (KL/NE/RP)