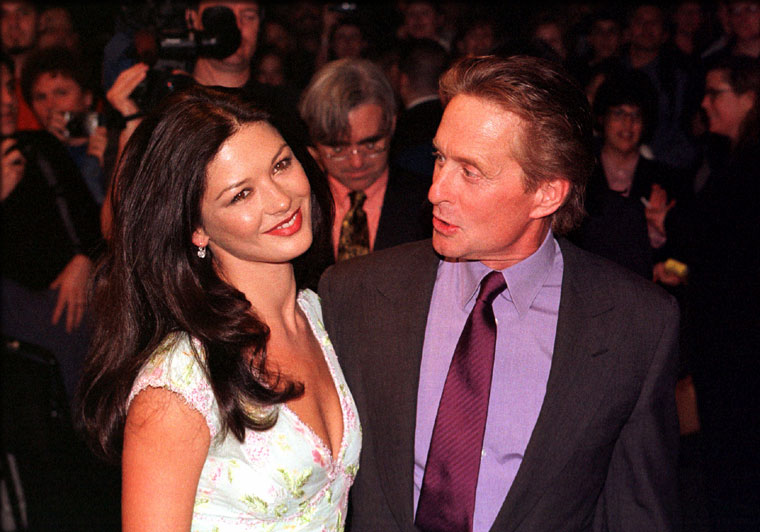 MICHAEL DOUGLAS and CATHERINE ZETA JONES have picked a movie project to film together - but the real-life couple won't be taking part in any sex scenes.

The couple have been looking for a film to make as a couple since they appeared together in TRAFFIC (2000), and wanted to share scenes as well as credits. And now they've found one - although Zeta-Jones insists there won't be any kind of voyeuristic opportunities. She says,

"Personally I have a problem with real life couples being on the screen together as lovers. We want to do something that's confrontational with our characters so it's not just lovey- dovey and romantic. We've got a movie in the works that's a cross between ROMANCING THE STONE (1984) and mask of Zorro, The (1998) so we can have fun with the characterisations. I'd love to work with him (Michael) , yes I'd like to hang out with him but definitely on the set too. " (SVD/WNV/KMW)