Helena Made A Good Ape 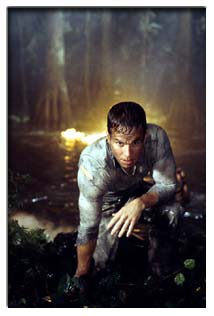 MARK WAHLBERG thinks his PLANET OF THE APES (2001) co-star HELENA BONHAM CARTER made a great ape.

The BOOGIE NIGHTS (1997) star says he was worried about his character falling for an ape in the Planet Of The Apes remake. But his concerns were eased when he saw his co-star and love interest British actress Helena Bonham-Carter in her make-up as the ape princess, ARI.

He said she looked "mind blowing" when made up as an ape. He
says, "Once I saw Helena I had no problem portraying those
feelings. She's obviously a very beautiful young lady, but in the make-up it was mind-blowing." (IG/WNWCAN/KMW)