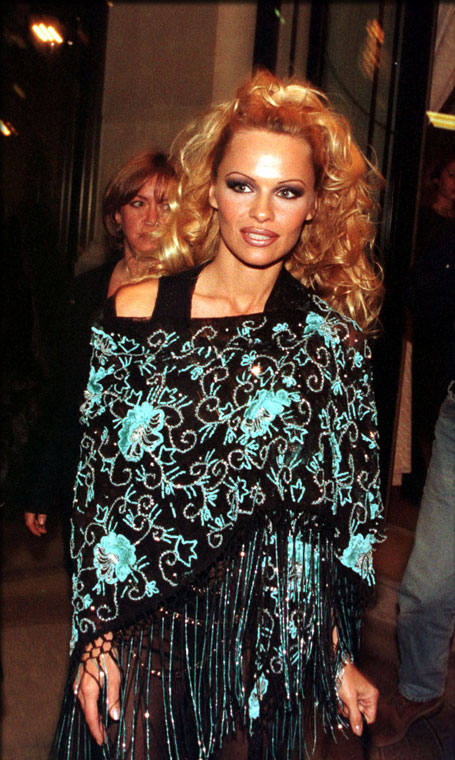 Blonde sex bomb PAMELA ANDERSON was so angered by the theft of her honeymoon sex video, she called in the FBI for help.

The former BAYWATCH actress was furious after a videotape of her making love with husband TOMMY LEE, was stolen from their Los Angeles home shortly after their 1995 wedding and turned to the shrewd investigators for help.

She says, "It's true - and it's still going on. There are lawyers involved, lawsuits. God, it's a nightmare." The 32-year-old VIP star, now dating model MARCUS SCHENKENBERG, also went on to deny that either she or MOTLEY CRUE drummer Tommy had anything to do with the releasing of the home movie - which appeared on the internet and cable television earning an estimated $75 million (£50 million).

She adds, "I've never even seen it. The idea of people seeing it is so invasive and weird. And people saying we stole it ourselves is ridiculous. "Even now when I'm at home I don't like having my picture taken. I don't like video cameras."