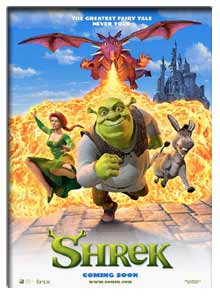 LATEST: The makers of SHREK (2001) have revealed the subject of their next movie - a herd of elephants.

TUSKER is described as a homage to the likes of THE DIRTY DOZEN and Guns of Navarone, The (1961). It's being made by DREAMWORKS and PDI, the two companies behind Shrek.

DreamWorks boss JEFFREY KATZENBERG says, "It is very much an homage to the classic World War II films in which a band of screw- ups have to go on an impossible mission in order to save the rest of the herd. "

MORGAN FREEMAN, JODIE FOSTER and GARY SHANDLING have all agreed to provide voices for the film. (KW/WNWCAN/ES)