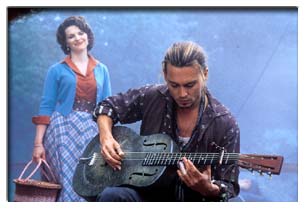 MIRAMAX boss HARVEY WEINSTEIN, spurred on by the recent stage success of MEL BROOKS' THE PRODUCERS, said the love story had the makings of a winner. he says, "Juliette is taking singing lessons. I've signed her up for the part. "

And Binoche doesn't seem to mind going back to school for the role - as she will be singing in her next film. She says, "I have to sing because I do Gregorian chanting in THE ASSUMPTION OF THE VIRGIN. I'm just taking singing lessons - that doesn't mean I can sing yet!" (MCM/WNWCFU)