Janet Jackson Wants To Be An Action Hero 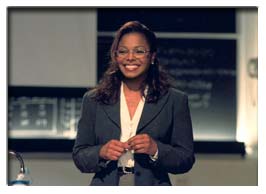 Move over ANGELINA JOLIE - JANET JACKSON wants to be the next female action hero.

The singer and actress is hoping her next movie role will be different from her dramatic, comedy roles she's done in the past. And she is quite ready to pump up for a beefy female role.

She says, "I'd like to do an action film. That would be a lot of fun. I thought LINDA HAMILTON was so hot in Terminator 2: Judgment Day (1991). "All those muscles popping out. I would love to do something like that. It all depends on which roles will still be there when I finish the tour for the new album. " (SVD/RB/RP)