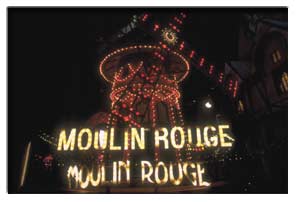 NICOLE KIDMAN and EWAN MCGREGOR's movie love song COME WHAT MAY - is becoming the first choice for Hollywood wedding songs.

The MOULIN ROUGE (2001) tune has been used for three Rouge crew members' weddings so far - and was the first dance for FOX studios chairman JIM GIANOPULOS' wedding to his wife ANN.

Director of the movie BAZ LUHRMANN says, "It's not surprising it's become a wedding song. It's about commitment forever - it's a claiming of a relationship. "And the film's two characters have to claim the relationship because it's a secret relationship. " The song is also being released as a single, for all soon-to-be wedded couples to enjoy. Luhrmann says, "I think Nicole can't wait for it to go out as a single. " (MB/EW/KMW)