Josh Hartnett Gets His Fangs Out For vampire Role 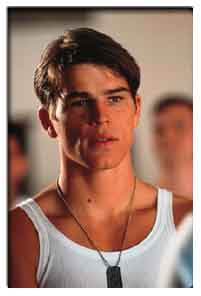 Heart-throb actor JOSH HARTNETT is set to turn into a vampire for his next major Hollywood role.

The 22-year-old PEARL HARBOR star hopes to take over from TOM CRUISE as the vampire LESTAT in QUEEN OF THE DAMNED (2001).

Cruise made the role famous in the movie INTERVIEW WITH THE VAMPIRE (1994). The sequel has been in the pipeline for three years.

Hartnett says, "I think it's a great role and a great idea. The only problem of course is following Tom Cruise. "But somebody is going to take that on board and it is definitely under consideration. At the moment though I just need a break. " (RP/WNWCAN)