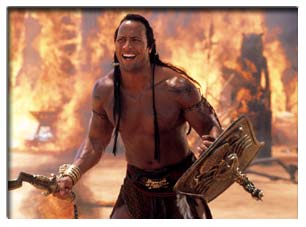 Tomb-raiding adventure MUMMY RETURNS, the (2001) has held on to the top spot of the British box office chart with takings topping £10 million ($14. 2 million).

The JOHNNY DEPP biopic BLOW (2001) failed to make a dent on the top three in its first week as the top of the charts remained unchanged.