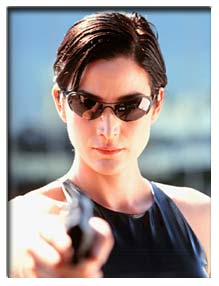 Actress CARRIE-ANNE MOSS wondered about her future as an actress whilst filming RED PLANET (2000).

Moss, 33, who starred with KEANU REEVES in MATRIX, the (1999), gave up her modelling career to pursue film roles - but shooting Red Planet made her think twice. She says, "I was sitting there on the set one day and I suddenly thought, 'I can do anything I want - I don't have to be an actress if I don't want to be. ' But fame itself is not incredibly difficult to deal with. On certain days it's a drag, but I really don't think about it. " (AW/WNTST/NFA)