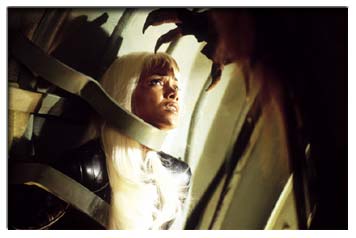 One of the X-MEN (2000)'s most popular characters, WOLVERINE, will be the focus of a new comic series which explains - for the first time - his murky background.

Called ORIGIN, the six-part monthly series begins at the start of the 20th century, before LOGAN - Wolverine's alter ego - had his powers.

The story will delve into many aspects of his past, including his relationship with his father. BILL JEMAS, MARVEL ENTERPRISES president of publishing, licensing and new media, says, "Marvel has never revealed Wolverine's origins for fear of ruining the character. "But this opportunity is too exciting and too compelling to resist. " (RGS/U/NFA)