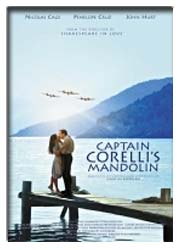 CAPTAIN CORELLI'S MANDOLIN (2001) director JOHN MADDEN is saddened by the harsh criticism his film has received.

Many of the complaints have been against Madden refusing to include the book's poignant ending, homosexual overtones or anti- communist bias. He says, "To my great astonishment, it has been met with critical fury. Some sort of viral infection has spread to certain levels among the majority of critics. "They don't think, 'I had some reservations', but 'I hate the whole thing'. It's terrible when a critical virus can wipe a film out of existence. I hope in this case it will not make a difference. " (RP/WNE/NFA)