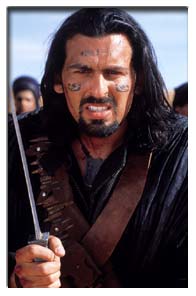 The movie, which stars BRENDAN FRASER and RACHEL WEISZ, earned almost twice as much as KNIGHT'S TALE, a (2001) which enjoyed a sturdy debut at number two.