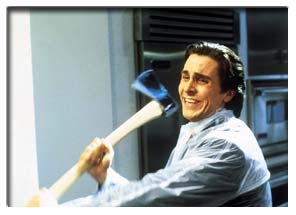 The author of AMERICAN PSYCHO (2000) is violently opposed to plans for a sequel to the film version - because the killer will be female. BRET EASTON ELLIS ridicules the idea of having a woman serial murderer in AMERICAN PSYCHO 2, due to start shooting later this month with MILA KUNIS in the lead role.

The penman complains, "I have problems with the sequel. It seems totally untenable to have a woman as a serial killer. I researched serial killers when I wrote American Psycho (2000) and they are amazingly common - but it is really striking how they are almost totally men, no matter what country. "They are driven by testosterone - or maybe it is our culture that turns men into killers.

"I don't see how American Psycho 2 can star a woman and still be plausible. In any case, I have nothing at all to do with movie." (KW/WNBTE/ES)