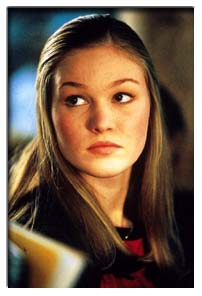 The movie - entitled O (2000) and starring JULIA STILES and MEKHI PHIFER, has had its release postponed at least five times because of high school shootings and marketing restrictions.

But now independent studio LIONS GATE FILMS plans to open the film in 1,500 theatres across America in August (01).

Lions Gate publicist TOM ORTENBERG says, "Any perceived controversies will turn out to be much ado about nothing - no pun intended." (SVD/U/KW)