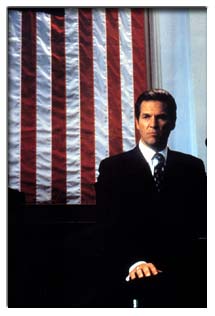 JEFF BRIDGES originally turned down his part in movie classic THUNDERBOLT AND LIGHTFOOT (1974) - because he didn't think he was good enough.

Bridges portrayal of LIGHTFOOT, a free-spirited hitch hiker eventually won him a Best Supporting Actor OSCAR-nomination. But Bridges was initially so uncomfortable with the part that he told director MICHAEL CIMINO, "I know I'm shooting myself in the foot here, but I know a couple of guys who'd be better than me. I don't feel like this guy."

Fortunately for Bridges, an unfazed Cimino responded, "You don't get it. This is a game of tag, and you're been picked. You're it. So now the guy is you." (KMW/UN/KW)