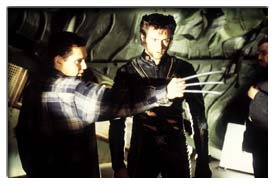 Three exciting new characters will feature in the X-MEN sequel.

Writer-director BRYAN SINGER has revealed that GAMBIT, BEAST and JUBILEE will be introduced in X Men 2, The (2003). Filming is tentatively scheduled for early autumn (01), with the movie due for release in July 2002.

The FOX studio in Australia is also being considered. A whacking budget of about $100 million (£66.666 million) is expected to be granted, compared to $70 million (£46.666 million) for the first movie. (RP/WNWCAN/NFA)