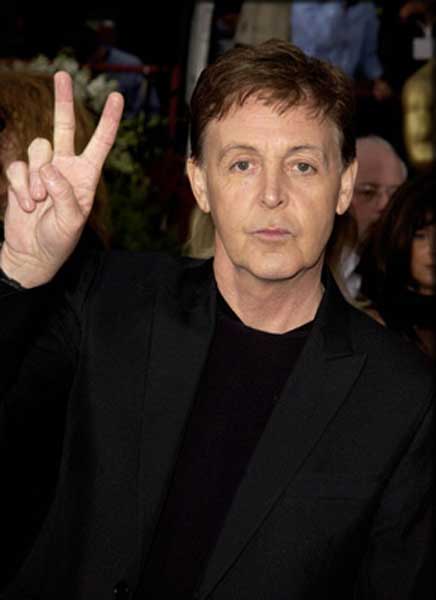 EX-BEATLE SIR PAUL McCARTNEY believes that late wife LINDA approves of his new love HEATHER MILLS - because the two ladies are so similar.

58-year-old Paul admits he still talks to his wife, who died two years ago (98) after a long battle against breast cancer, and claims Linda and his new 32-year-old model girlfriend would have been friends. He says, "I know they'd like each other because they have a lot in common. Not so much on the surface - a spirit, a toughness of spirit"

And one of Linda's closest friends, writer CARLA LANE, who campaigned for animal rights with her, also agrees Heather is very similar to the American photographer. She says, "Like Heather, Linda was a very determined campaigner, only with her it was animals and with Heather it is people."

She also belives Linda would approve of Paul's choice. She adds, "She would just say to Heather look after him. She would not be jealous."