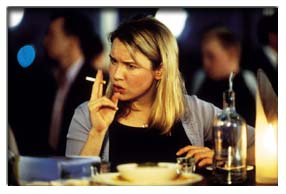 Author HELEN FIELDING is considering a sequel to her hit novel BRIDGET JONES'S DIARY - if the film version is received well.

The hilarious movie, which stars RENEE ZELLWEGER, HUGH GRANT and COLIN FIRTH, will be released around the world this summer (01) and if it becomes the success many expect Fielding will write a sequel - and perhaps relocate her podgy heroine to Los Angeles. She says, "I've been living in Los Angeles for a while and I was brought up in the industrial north, so these two places really interest me, how that works together. "I'm really fond of Bridget and feel very protective about her and really like her and how she always bounces back no matter what calamity arrives - she always goes 'Never bloody mind, another glass of chardonnay and it'll be fine.' If I've got something to say, I'll bring her back." (KL&BA/WN/CPT)