Sutherland Understands How Difficult It Is For Keifer 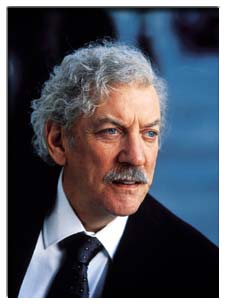 Movie legend DONALD SUTHERLAND has one regret - his success hampered the career of his son KIEFER, who followed him into the acting world.

The veteran star says he understands how difficult it's been for his WILD BOYS son to break out from under his shadow and carve out an image of his own.

Donald says, "Having a famous dad has been a struggle. My presence has been like a thorn in his sense of originality. "He even looks like me - only shorter - but I am very proud of him and I always will be." (CPT/WNTMI/RP)