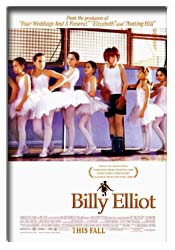 JOHN DARKE of the NATIONAL STATISTICS OFFICE which published the figures says, "Toy Story 2 was the dream film of the year for cinemas, attracting massive audiences." He added, "It's takings were almost double that of Gladiator, another popular film last year."

Other money makers were BILLY ELLIOT, DINOSAUR, OSCAR-winning film AMERICAN BEAUTY and thriller flick WHAT LIES BENEATH. There was a 2.4 percent increase in British cinema audiences making it the highest number since 1974 when big budget productions like THE TOWERING INFERNO, JAMES BOND's THE MAN WITH THE GOLDEN GUN and EARTHQUAKE attracted 138 million to the movies. (NQ/WNTST/RP)