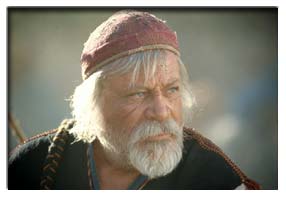 Actor OLIVER REED's widow is disappointed he has been snubbed at this year's (01) OSCARS.

JOSEPHINE REED fears he missed out on a nomination for GLADIATOR because of his drinking and his reputation as a maverick. Film producers superimposed Reed's image onto another actor's body after he died partway through filming in 1999.

The actor's brother SIMON REED says, "I have to say when I picked the papers and read the nominations I was disappointed. It would have been great if he had got it." (RGS/WNWCAN)