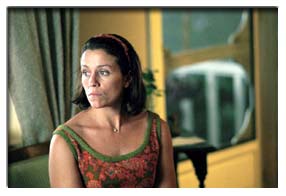 FRANCES McDORMAND has been nominated for an OSCAR for her role in ALMOST FAMOUS - but it's no big deal for her.

McDormand insists she doesn't need awards to fuel her ego or her self-esteem, because she's already proud of her achievements. But she does admit the whole award season in Hollywood is fun.

She says, "It's like all those awards things. It's the movie social season, it's the time when everybody celebrates that they're in the business. It's interesting for us because we don't live there. "But I'm really proud of my work, of all the movies that I've made in the last year (00). It's nice when you make a movie and other people think the same thing and you're not deluding yourself. But it's also the case that I already knew it. "I think awards are good for the movie. They can bring a new audience to the movie. I've always claimed that things like that don't get you work. Work gets you work. That's my blue-collar protestant work ethic." (SVD/WNWC/KW)