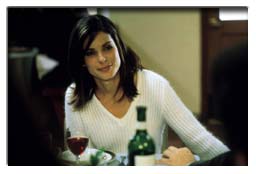 SANDRA BULLOCK and her boyfriend BOB SCHNEIDER luckily escaped death yesterday (20DEC00) when the private plane they were flying from Austin, Texas, to Wyoming skidded off its runway.

The twin-engine HAWKER 700 business plane came to rest in the taxiway alongside the runway in Jacksonville, America, after hitting a patch of ice and skidding off its track.

Bullock and Schneider, who were heading to the Bullock family holiday hideaway when the incident happened, weren't injured but their plane was badly damaged - the left wing was smashed and the nose of the plane was torn off. The other two people on board the plane were also uninjured. (KL/WNV/CPT)