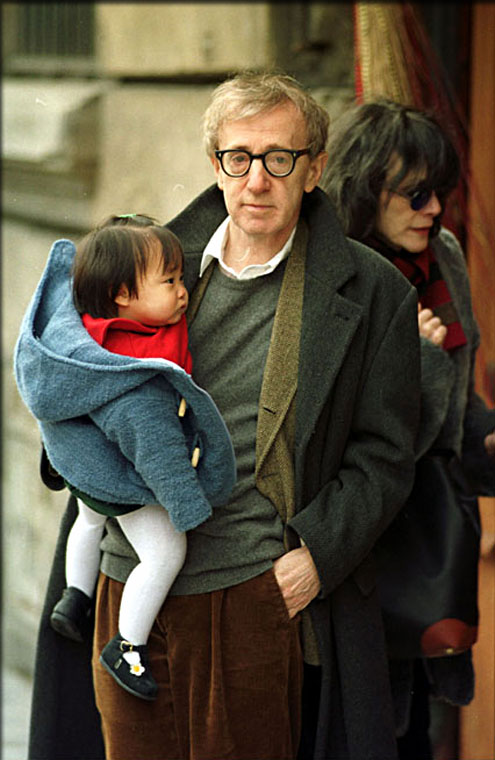 Movie director WOODY ALLEN and wife SOON-YI have adopted a baby girl - naming her after one of Allen's beloved jazz musicians.

The ANNIE HALL star, 64, and his 29-year-old wife have called the 6-month-old MANZIE TIO ALLEN after MANZIE JOHNSON, the drummer in clarinetist SIDNEY BECHET's jazz band - who their first adopted daughter BECHET was named after - and LORENZO TIO who taught Bechet how to play.

A friend says, "Woody is the happiest I've ever seen him. He has a beautiful house. A wife who is a wife - not an actress." "Whoever would have thought a Jewish kid from Brooklyn would end up with an Asian daughter and a Caucasian daughter, both named after black musicians?"

"I think he would do anything for these kids."

Manzie has reportedly been living with the Allens for some months after being born in Texas to an American citizen.