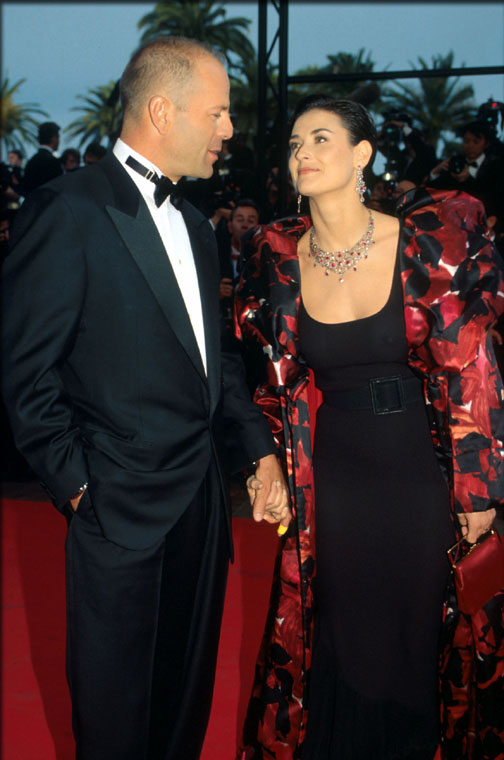 BRUCE WILLIS and DEMI MOORE have been frolicking together in a California health spa.

But sources close to the pair say they're not getting back together. According to America's THE STAR, the couple were seen embarking on 'a journey of sensual delights'. The estranged pair, who are not yet divorced, visited the Health Spa Napa Valley in St Helens, California - and Willis even splashed out on some saucy underwear for the STRIPTEASE actress. A friend says, "I have never seen a divorcing couple more lovey-dovey, but they are definitely not getting back together. "They can't live together, they can't live apart."

An on-looker at the resort says, "They seemed more like newly-weds who couldn't keep their hands off each other despite, the fact their marriage is at an end."

Another on-looker adds about the lingerie store visit, "Bruce looked at a sexy outfit on display and told Demi he wanted to buy it for her. She giggled like a bashful schoolgirl."

Pals say no matter what happens in the future, the pair will always have an extraordinary relationship, "I wouldn't be surprised to see them dancing on their 50th wedding anniversary - even thought they won't be man and wife."