Quentin Tarantino Explains Why His 10th Movie Will Be His Last. 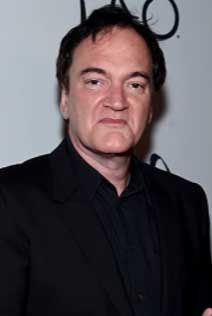 Writer-director Quentin Tarantino explains why his tenth movie will be his last, saying he wants to leave the industry while he's still on top.

"I've done everything I wanted to do. I've had just an amazing career. I've had amazing amount of luck, amazing good fortune. I had no idea that the audience - in fact, if I had to guess I’d have guessed that the audience wouldn’t accept my movies. And that ended up not being the case. And I’ve been able to work in this business at the highest level a director can work," he said.

Tarantino has made his fair share of good movies. In fact, since Death Proof, every movie he's directed has won at least one Academy Award. Additionally, almost all of his movies carry the Certified Fresh designation from the review aggregator site Rotten Tomatoes. While there are no details yet on his last movie, as the auteur himself says that the film is still in its early stages of development, it's highly likely that Tarantino will capitalize on the momentum of his recent projects. His last movie, Once Upon a Time in Hollywood, is widely regarded as one of his best; Tarantino himself has dubbed it the best he's ever made.