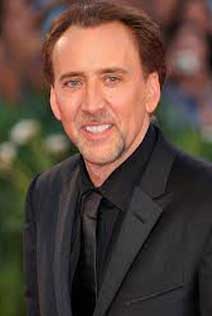 Jaeden Martell, Maxwell Jenkins and Sadie Soverall have signed on to star alongside Academy Award winner Nicolas Cage in the survival action-thriller Sand and Stones.

Sand and Stones is directed by Ben Brewer from a screenplay written by Mike Nilon. The film will feature Cage playing Paul, the father of twin teenage sons Joseph and Thomas, played by Martell and Jenkins respectively. Set in a post-apocalyptic and sparsely populated world, the story follows Paul and his sons, who have managed to claw out an existence, yet live in constant fear. Until, confronted by imminent danger, they must execute a desperate plan to survive.

"With his keen eye and unique vision, Ben Brewer is the ideal director to bring Mike Nilon’s apocalyptic and electrifying script to life," Highland’s COO, Delphine Perrier said in a statement. "Our initial film with Ben was The Trust, and we are looking forward to working once again with this talented filmmaker."

"Jaeden and Maxwell are rising stars and are perfectly cast as the twin sons of Paul, played by the incomparable Nicolas Cage," said Highland Film Group’s CEO, Fraser. "And rounding out our fantastic cast is the up-and-coming actress Sadie Soverall in this thrilling, action packed ride."