Snoop Dogg Biopic in the Works at Universal from Director Allen Hughes. 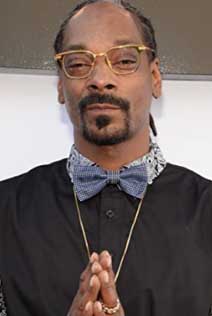 Black Panther: Wakanda Forever co-writer Joe Robert Cole and director Allen Hughes have been enlisted by Universal to create a biopic based on the rapper and entertainment star Snoop Dogg.

Alongside the announcement, it was also revealed that Snoop Dogg would be lending his music to the project, and would also be attached to the feature as a producer, with the film being the first from his Death Row Pictures production company.

The news was also confirmed on Twitter by Universal Pictures with an announcement that reads, "What’s his name? Snoop Dooogggyyy Doooooggg. That’s right, we’re partnering with the Dogg Father himself Snoop Dogg to bring his legendary life-story to the big screen."

However, the question remains as to who is the best option to actually play Snoop Dogg in the film. One of the most prominent options is likely LaKeith Stanfield, who is known for his roles in Jordan Peele's 2017 horror film Get Out and the Donald Glover FX series Atlanta. Stanfield, who was nominated for an Oscar for his performance opposite Daniel Kaluuya in 2021's Judas and the Black Messiah, has already played Snoop Dogg in the N.W.A. biopic Straight Outta Compton.

"I waited a long time to put this project together because I wanted to choose the right director, the perfect writer and the greatest movie company I could partner with that could understand the legacy that I’m trying to portray on screen, and the memory I’m trying to leave behind," Dogg said in a statement. "It was the perfect marriage. It was holy matrimony, not holy macaroni."

Director Allen Hughes and screenwriter Joe Robert Cole are on board for the movie.

Allen is one half of the Hughes brothers, a director duo with twin brother Albert Hughes. They have directed Dead Presidents (1995) and The Book of Eli (2010). Allen has been the more active of the pair, most recently directing the documentary mini-series Dear Mama.