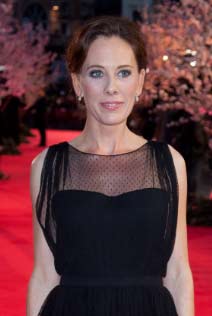 Kelly Marcel, who served as the writer and producer on the first two parts of the anti-hero movie ‘Venom’, is set to take the director’s chair for the third instalment of the franchise.

Plot details are unknown other then Hardy returning as the lethal protector Venom following the first two films grossing a combined 1.36 billion worldwide at the box-office. It is also unknown who will be joining Tom Hardy from previous films or if any characters from the Sony Pictures Universe of Marvel Characters will be joining the film.

"Venom" has been a lucrative franchise for Sony and star Tom Hardy. The first film grossed a surprising $856 million worldwide and was directed by Ruben Fleischer. The follow-up film switched directors, with Andy Serkis stepping behind the camera for the symbiote sequel, but was another hit. "Venom: Let There Be Carnage" grossed over $500 million worldwide.

Marcel and Hardy work well together, she explained last year in an interview with Vulture to support the "Venom" sequel. "Tom has an amazingly creatively agile brain, so he can spitball ideas for hours," she said of developing 'Let There Be Carnage', which also co-starred Woody Harrelson. "There was a lot of that, a lot of laughing. Then we whittled it down to what we thought it was, and then we spent in-person time in London with our producer Hutch Parker, holed up in a hotel room stress-testing the storylines we loved most."

"Venom 3" currently has no release date.