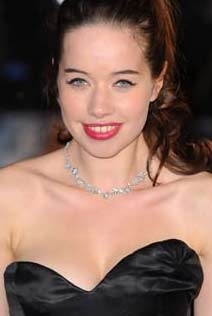 Anna Popplewell and Katelyn Rose Downey have joined the cast of the James Wan-produced sequel.

Taissa Farmiga will be back as Sister Irene, with Bonnie Aarons again playing the demonic nun known as Valak. Storm Reid will be leading the sequel’s cast.

The original film watched as a priest with a haunted past (Demián Bichir) was sent by the Vatican along with Sister Irene (Farmiga), a novice on the threshold of her final vows, to investigate the death of a young nun in Romania and confront a malevolent force in the form of a demonic nun. Corin Hardy directed from a script by Gary Dauberman, which was based on his story written with James Wan.

Details as to the sequel’s plot are being kept under wraps, though Farmiga will reprise her role as Sister Irene. Popplewell will play Kate, a school teacher at St. Mary’s School in France and a widowed, loving mother to 10-year-old Sophie  presumably to be played by Downey.

The film is produced by James Wan and Peter Safran, with Gary Dauberman and Michael Clear serving as executive producers. The film is currently slated to hit theaters on September 8, 2023.