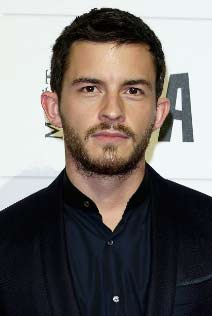 Jonathan Bailey is in talks to join the cast as Fiyero in the upcoming film adaptations of the Broadway musical.

Based on Gregory Maguire's bestselling novel and the Tony-winning stage musical, the Wicked movies will tell the untold story of the Witches of Oz led by Cynthia Erivo as Elphaba and Ariana Grande as Glinda. It will be directed by Jon M. Chu from a screenplay written by the musical’s book writer Winnie Holzman and three-time Oscar-winning composer and lyricist Stephen Schwartz.

Bailey will play Elphaba’s love interest Prince Fiyero in the feature headlined by Ariana Grande as Glinda and Cynthia Erivo as Elphaba.

Jon M. Chu confirmed the news on Twitter with an apt lyric from the song "Dancing Through Life."

"He's perfect, they're perfect. They’d be perfect together. Born to be forever..I am too excited to pretend this hasn’t been happening. We have a Fiyero!!!!" he wrote.