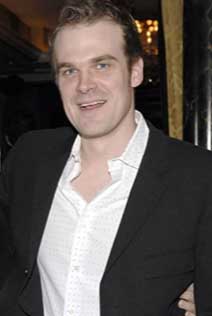 David Harbour will star in Sony and PlayStation Productions’ upcoming video game adaptation "Gran Turismo", which will be directed by Neill Blomkamp.

Neill Blomkamp is directing the video game adaptation based on a screenplay written by Jason Hall and Zach Baylan.

"Gran Turismo" is actually not a direct adaptation of the game but a true story about a teenage Gran Turismo player whose gaming skills won a series of Nissan competitions to become an actual professional race car driver. Harbour will play a retired driver who teaches the teen to drive.

Sony is planning a theatrical release on August 11th 2023.

The movie's logline is as follows: "Based on a true story, the film is the ultimate wish fulfillment tale of a teenage 'Gran Turismo' player whose gaming skills won a series of Nissan competitions to become an actual professional race car driver."

Gran Turismo was first launched in Japan in 1997 by Polyphony and acclaimed creator Yamauchi, who revolutionized the racing-game genre by creating what is regarded as the most authentic driving simulator with its to true-to-life graphics, physics technology and precise attention to detail. Released on March 4, 2022, Polyphony’s latest game, Gran Turismo 7, is the complete GT experience that brings together the best of Gran Turismo over the years.