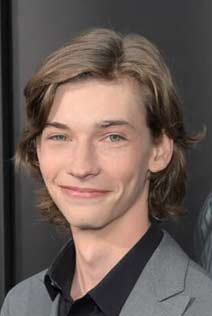 The DC film about the Batman supervillain is slated for release on Oct. 4, 2024, and will again star Joaquin Phoenix in the titular role. Lady Gaga is co-starring as Harley Quinn, while Zazie Beetz is also expected to return to the cast as Sophie Dumond. Catherine Keener and Brendan Gleeson recently joined the ensemble, as well.

Production on the sequel is expected to begin this December. Todd Phillips is directing "Joker: Folie à Deux" after making the original "Joker" an R-rated box office smash. He also wrote the sequel alongside Scott Silver, who wrote the first "Joker".

Jacob Lofland is probably best known for his breakout role in the film, Mud. Since then, he’s done a number of other projects, including The Son TV series as well as the recent thriller, A House on the Bayou. However, depending on how large his role is in Joker: Folie à Deux, this could end up being yet another breakout role for the young actor.

While specific plot details haven’t been unveiled, much of the film is expected to take place within Arkham Asylum after Phoenix’s Arthur Fleck has been sent there following the events of the prior film, and it is even expected to have musical elements throughout.