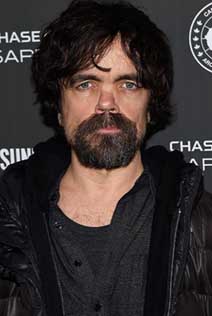 Peter Dinklage has been cast as Casca Highbottom, dean of the Academy, in the upcoming prequel film "The Hunger Games: The Ballad of Songbirds and Snakes" at Lionsgate.

Dinklage will step into a role that is one of the biggest in the story, as Highbottom is the Dean of the Academy that a young Coriolanus Snow attends during his early days. Dinklage will join a cast that already packs some big names, including Rachel Zegler, Tom Blyth, Max Raphael, Zoe Renee, and Ayomide Adegun.

The story follows an 18-year-old Coriolanus Snow who is the last hope for his fading lineage in a post-war Capitol. With the tenth annual Hunger Games fast approaching, he is assigned to mentor Lucy.

In the story Dinklage’s Dean Highbottom is one of the most powerful people in Snow’s life. He’s the austere and vindictive face of the games, setting the rules that will determine every aspect of Coriolanus’ fate.

"The Hunger Games: The Ballad of Songbirds and Snakes" will debut in cinemas worldwide on November 17th 2023.