James Bond Producer Says the Next Film Will Reinvent 007. 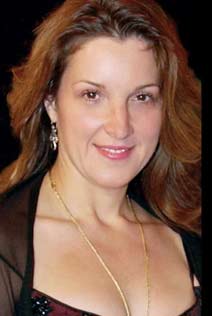 James Bond producer Barbara Broccoli says that the next 007 film will reinvent the secret agent.

Franchise producer Barbara Broccoli confirmed that production on the 26th Bond movie is at least two years away, if not longer. The wait makes sense given Broccoli and her team have to find a replacement for Daniel Craig, who finished his run as 007 with the fall 2021 release of "No Time to Die".

"Nobody’s in the running," Broccoli said when asked about Craig’s successor. "We’re working out where to go with him, we’re talking that through. There isn’t a script and we can’t come up with one until we decide how we’re going to approach the next film because, really, it’s a reinvention of Bond. We’re reinventing who he is and that takes time. I’d say that filming is at least two years away."

Broccoli has previously confirmed that the new Bond will be male, after calls for the character to undergo a Doctor Who-style reinvention. Key runners and riders remain Tom Hardy, Henry Cavill, Idris Elba, Bridgerton’s Regé-Jean Page and Richard Madden.

Whichever actor does replace Craig will have a lot riding on his shoulders. Craig successfully revitalized the Bond franchise with his five-film run. "Skyfall" earned over $1 billion at the worldwide box office, while "Spectre" and "No Time to Die" were also heavy hitters with $880 million and $774 million, respectively.