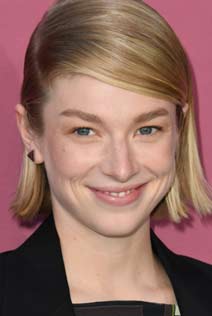 "Euphoria" star Hunter Schafer has joined the cast of Lionsgate's "The Hunger Games: The Ballad of Songbirds and Snakes" for director Francis Lawrence and producers Nina Jacobson and Brad Simpson.

Schafer will be playing Tigris Snow, the cousin, and confidante, to Coriolanus Snow. Tigris frequently advises Coriolanus as a mentor and serves as the core of his moral compass. Schafer will star opposite Tom Blyth and Rachel Zegler in the upcoming Hunger Games prequel.

Based on the 2020 prequel novel by Suzanne Collins, The Ballad of Songbirds and Snakes is set 64 years before the events of the Hunger Games trilogy, starting on the morning of the reaping of the Tenth Hunger Games, where an 18-year-old Coriolanus Snow is assigned as the mentor for the tribute girl from the impoverished District 12.

Schafer is best known for her work on HBO and Sam Levinson’s Euphoria. In it, she plays one of the leading characters, Jules Vaughn, a trans teen who has a rocky relationship with co-lead, Zendaya’s Rue Bennett. Along with her role in gritty show, Schafer also holds credits as a co-writer and co-executive producer in one of the series’ specials. Next, she’ll be seen in Tilman Singer’s horror flick, Cuckoo.