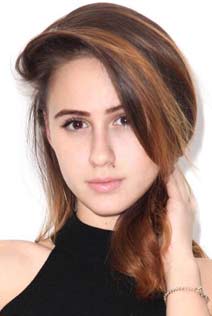 Maria Bakalova, the Oscar-nominated star of "Borat Subsequent Moviefilm", will appear in the cast of James Gunn’s "Guardians of the Galaxy Vol. 3".

The Bulgarian actor has been cast in ‘Guardians of the Galaxy Vol. 3’, starring Chris Pratt as Star-Lord, Zoe Saldana as Gamora, Vin Diesel as Groot and Dave Bautista as Drax the Destroyer.

No character details were revealed for Bakalova’s part for the film, which just recently wrapped filming, but an individual with knowledge of the film said that the part is a major role. Plot details have also been kept under wraps.

It’s unclear who Bakalova will play in the film, which is scheduled to release in theaters on May 5, 2023.

"The Suicide Squad" breakout Daniela Melchior last week was reported to be joining the cast of "Guardians Vol. 3" as well.