Rachel Zegler to Lead 'Hunger Games' Prequel 'The Ballad of Songbirds and Snakes'. 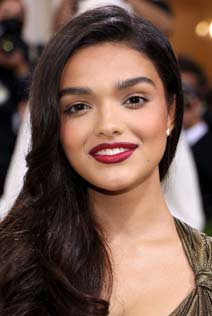 "West Side Story" actor Rachel Zegler is set to star in "The Hunger Games" prequel "The Ballad of Songbirds and Snakes".

She joins recently announced Tom Blyth who’s playing the young Coriolanus Snow, that role made famous by Donald Sutherland in the original trilogy.

Years before he would become the tyrannical President of Panem, 18-year-old Coriolanus Snow is the last hope for his fading lineage, a once-proud family that has fallen from grace in a post-war Capitol. With the 10th annual Hunger Games fast approaching, the young Snow is alarmed when he is assigned to mentor Lucy Gray Baird, the girl tribute from impoverished District 12. But, after Lucy Gray commands all of Panem’s attention by defiantly singing during the reaping ceremony, Snow thinks he might be able to turn the odds in their favor. Uniting their instincts for showmanship and newfound political savvy, Snow and Lucy’s race against time to survive will ultimately reveal who is a songbird, and who is a snake.

Zegler teased her casting earlier today, with a tweet that was decoded by fans who quickly worked out that taking the first letters of the words in the tweet and reading them in order spelled out the name of her character, Lucy Gray Baird. It has been rumored that Lionsgate was looking for someone like Zegler for the role in The Hunger Games prequel, but it looks like almost wasn’t good enough and they had to get Zegler herself. Judging by her little bit of Twitter fun about the casting, she is clearly delighted to have landed the part, and it will be another interesting performance for the young star to take on.