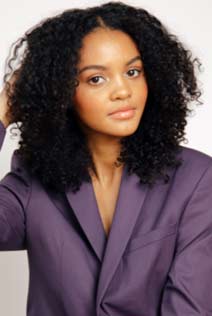 Celeste O'Connor has been cast in "Madame Web", an upcoming installment in Sony's Universe of Marvel Characters.

O’Connor’s role has not been announced. She will appear in the comic-book adventure alongside Dakota Johnson, who is playing the title character, as well as Sydney Sweeney of "Euphoria" fame.

While no other details regarding the movie's plot have been revealed at this time, Madame Web appears in the comics as an elderly woman with myasthenia gravis who is connected to a life-support system that resembles a web. Due to her medical condition, she never actively fights any villains. It's unclear if this will change for Johnson's character.

The Sony movie will be directed by S.J. Clarkson with Matt Sazama and Burk Sharpless writing the screenplay. On April 20, Sony announced the official release date for "Madame Web," set to hit theaters on July 7, 2023

Madame Web is generally a supporting character in the Marvel comics universe and not strictly someone who fights crime, but she first appeared in The Amazing Spider-Man #210, published in 1980, and worked to help Spider-Man find a kidnap victim. Cassandra Webb, at one point, is also killed off by a female incarnation of Kraven the Hunter, but she’s able to pass her powers on to another character in the comics named Julia Carpenter, who becomes the next Madame Web.

O’Connor, who was most recently seen in Ghostbusters: Afterlife, will next be seen in writer-director Zach Braff’s A Good Person at MGM, starring opposite Morgan Freeman and Florence Pugh.