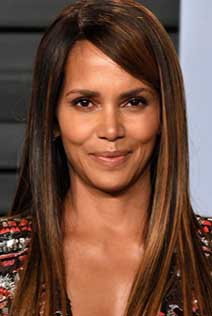 "We’re so thrilled to be working again with Halle and Alex," Lionsgate's Production President Erin Westerman said in a statement. "Halle is a force on screen - she's the perfect person to convey the psychological terror of this mother trying to protect her family. And who better than Alex to ratchet up the tension. Powerhouse producers 21 Laps are going to deliver an elevated thriller that will keep audiences on the edge of their seat."

The plot synopsis for the film reads:

"Mother Land will chart the story of a mother and her twin sons who have been tormented by an evil spirit for years. When one of the boys questions whether the evil is real, the family’s sacred bond is broken, and it becomes a fight for survival."

Mother Land has been in the making for a couple of years now, and Mark Romanek (Never Let Me Go) was previously attached as director. However, French filmmaker Alexandre Aja will now be taking over the reins from Romanek. Aja is best known for the horror films High Tension, Piranha 3D, Crawl, The Hills Have Eyes (2006), and Netflix’s Oxygen. While he has been teasing the sequel to his 2019 alligator horror film Crawl, it appears Aja will be busy with Mother Land for some time.

Since "Mother Land" is still in the very early stages, there isn't a lot to report on in terms of who will be acting alongside Berry or who else will be joining the production. Lionsgate will be launching the sale of the film at the Cannes market, and if it's snapped up as quickly as everyone involved hopes it is, it sounds like it will go into production next year.

Berry recently starred on John Wick: Chapter 3  Parabellum and also made her directorial debut on boxing pic Bruised. She is in post-production on Netflix movie The Mothership.