David Ayer to direct Jason Statham in The Beekeeper. 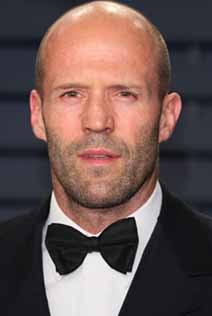 Suicide Squad and Fury director David Ayer is set to direct Jason Statham in the unconventional action film The Bee Keeper for Miramax.

Miramax is hoping that The Beekeeper can become an action franchise. Deadline A "fast-paced action-thriller, which is steeped in the mythology of beekeeping." Statham’s character is a man on the path of vengeance with "national stakes." He is also a former operative of the secret group who call themselves the Beekeepers. Salt screenwriter Kurt Wimmer wrote The Beekeeper on spec and successfully sold it to Miramax last fall.

With a spec script by Kurt Wimmer, the action-thriller is said to be steeped in the mythology of beekeeping. The film will follow a man’s personal journey of vengeance which takes on national stakes.

No other details about the plot of the film, aside from that brief concept, are available at this time. Miramax will present the film to other partners and distributors at the upcoming Cannes market. The project sounds like a perfect vehicle for Statham, who has made a name for himself with wild action films like Crank and The Meg. Ayer, meanwhile, is an excellent director for gritty action films, though most audiences tend to primarily recall the debacle that was the DCEU's 2016 film Suicide Squad. This will mark the first collaboration between the two, though there is a distant relationship via Fast and Furious, as Ayer wrote the screenplay for the original 2001 film.

Statham will also produce The Beekeeper along with Wimmer, Bill Block for Miramax and Chris Long for Cedar Park Studios. Ayer is best known for directing movies including End Of Watch, Fury, Bright, and Suicide Squad.