Karen Gillan Casts Doubt on Her Marvel Future After Guardians of the Galaxy 3. 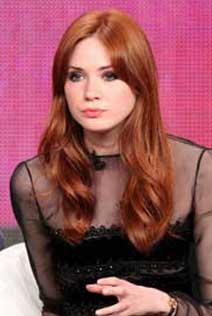 Karen Gillan's final day on the set of Guardians of the Galaxy Vol 3 brings uncertainty as the Nebula actress casts doubt regarding the character's return for future Marvel Cinematic Universe projects.

Karen Gillan took to Instagram to announce that she had completed work on Guardians of the Galaxy 3 but doesn’t know if Nebula will return. "And that’s a wrap on Nebula in Guardians of the Galaxy Volume 3!!!!! Gillan wrote. I don’t know if Nebula will return beyond this, it’s possible that this is her final chapter. And if that’s the case, then I just want to say thank you to James Gunn for giving me such an interesting, complex and fascinating character to play. I have enjoyed this exploration more than any other character I’ve played. That was one hell of a decade. Thanks for watching"

The movie will mark Gillan’s sixth main appearance in the Marvel saga, having appeared in all three Guardians movies, the upcoming Holiday Special and the ensemble pieces of Avengers: Infinity War and Avengers: Endgame, but her next outings could well be her final time playing the character after, what she calls one hell of a decade.

Both director James Gunn and star Dave Bautista (playing Drax the Destroyer) say that they will exit the franchise after Guardians 3, leaving the possibility of subsequent ventures up in the air. Gunn himself went further, saying that he is unlikely to return for more Marvel projects. Principal photography on Guardians 3 will reportedly wrap very soon, so with the departures of Gunn and Bautista and an uncertain tomorrow for the franchise, the last day of filming should be a stirring one. But not everybody is prepared to leave, particularly Gillan, who wants to reprise her role as Nebula even after Guardians 3.