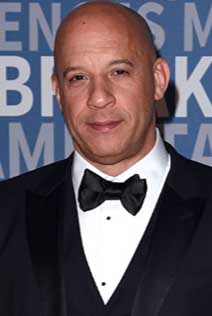 Vin Diesel took to Instagram today to share that Fast & Furious 10 will officially be titled Fast X, also announcing the launch of production.

Jason Momoa and Brie Larson are joining the franchise for the two new films which is expected to be shot back-to-back with the final installment.

The tenth Fast movie is officially titled Fast X, and the film will open in theaters May 19, 2023.

Based on the characters created by Gary Scott Thompson, the latest installment took the family around the globe from London to Tokyo, from Central America to Edinburgh, and from a secret bunker in Azerbaijan to the teeming streets of Tbilisi. Along the way, old friends will be resurrected, old foes will return, history will be rewritten, and the true meaning of family will be tested like never before.

The franchise began in 2001 with the release of Fast & Furious, which was followed by a number of sequels, spin-offs, video games, and merchandise. The cinematic franchise currently has a combined worldwide gross of more than $6 billion.