Robin Wright And Ray Winstone Among The New Recruits For Fantasy Movie Damsel. 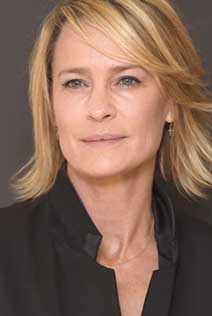 The five stars join previously announced Millie Bobby Brown, who is set to executive produce and star, possibly as the title character, and Angela Bassett, who is also attached to the project in an undisclosed role. Damsel will be directed by Academy Award nominee Juan Carlos Fresnadillo, who’s helming a feature film for the first time since 2011’s Intruders. The screenplay is by Dan Mazeau, who is also making a comeback after penning 2012’s Wrath of the Titans.

Wright is an eight-time Emmy-nominated actress and producer of Netflix’s House of Cards. She made her feature directorial debut last year with Focus Features’ Land and also directed 10 episodes of House of Cards and two for Netflix’s Ozark. Her feature credits include the Wonder Woman franchise, Blade Runner 2049, The Girl With the Dragon Tattoo, Forrest Gump and The Princess Bride.

Winstone starred in such moves as The Departed, Sexy Beast, Black Widow, Point Break and Snow White and the Huntsmen and starred on such TV series as Ice and Of Kings and Prophets.

Netflix is backing the movie, which has yet to lock in a release date.