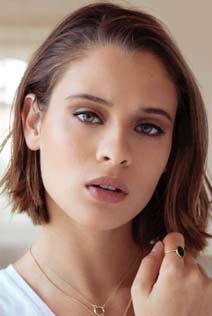 The Suicide Squad's Daniela Melchior will be joining the Fast and Furious franchise for its tenth instalment.

The actress, who made her debut in Hollywood with her role as Ratcatcher 2 in James Gunn's Suicide Squad sequel, is in talks to join Vin Diesel for Fast and Furious 10.

Fast & Furious 10 will once again be directed by Justin Lin, who will also serve as the director for the final installment. Chris Morgan is also attached to pen the penultimate movie. Even though the official cast hasn’t been announced, franchise alums Vin Diesel, Tyrese Gibson, Michelle Rodriguez, Jordana Brewster, Ludacris, Nathalie Emmanuel, and Sung Kang are expected to reprise their respective roles.

Plot details are unknown about the film, which is set to bow on May 19, 2023. The most recent pic in the lucrative franchise, F9, bowed this past summer, grossing more than $720 million at the global box office to make it one of the biggest films of the year.

Daniela Melchior is coming off playing Ratcatcher 2 in James Gunn’s The Suicide Squad opposite Idris Elba and Margot Robbie. Next up for her she has the thriller Marlowe with Liam Neeson and Assassins Club opposite Henry Goulding.