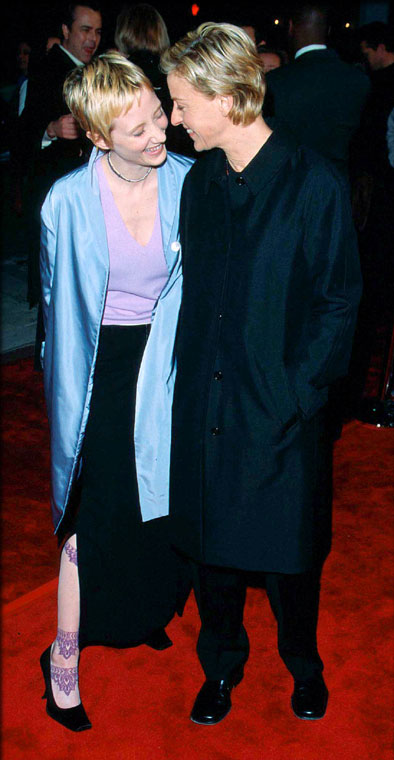 Hollywood’s ELLEN DeGENERES and ANNE HECHE proved their hot lesbian love is over when they gave each other the cold shoulder at their first public meeting since splitting.

Comedienne DeGeneres - accompanied by gay singer TRACY CHAPMAN - glared icily at the SIX DAYS AND SEVEN NIGHTS actress, who could only stare at the ground during the confrontation outside an exclusive Beverly Hills, Los Angeles, restaurant.

Heche - who ended her two-year relationship with actor STEVE MARTIN to be with Degeneres - was accompanied by a male friend. An eyewitness says, DeGeneres did a double-take and then sneered at Heche. Her look was of pure ice. Heche would not raise her head to gaze back at Ellen, but she must have said something to her friend, because a big smile broke out on his face. It was like a comic farce.

DeGeneres and Heche ended their three-and-a-half year relationship on August 16 (00), with friends claiming Heche wanted to go back to dating men.