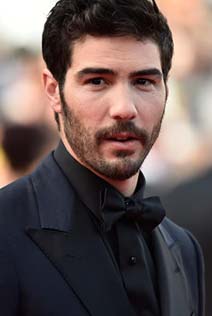 Rahim will play Paul Barras, the powerful Commissioner of the Revolutionary Army.

The movie will be an original and personal look at Napoleon's origins and his swift and ruthless rise to becoming French Emperor.

Currently in production, the pic is based on the script by David Scarpa and will star Phoenix as French military leader and emperor, Napoleon. The film will be an original and personal look at Napoleon’s origins and swift, ruthless climb to emperor, viewed through the prism of his addictive and often volatile relationship with his wife and one true love, Josephine, played by Kirby.

Jodie Comer had been due to star as Josephine but was forced to drop out of the movie because of a scheduling conflict with her theatre debut on London's West End, 'Prima Facie'.

The 'Killing Eve' actress said: "Unfortunately, due to Covid and changes of schedule, I don't think I can make it work right now due to a scheduling conflict."